For a long time, long distance running was the most popular way for people to “get in shape”. Stepping out of their front door in a brand new pair of running shoes and heading off, this was seen as the most effective way to lose weight and improve cardiovascular health. But suddenly sprinting or high intensity interval training became really popular.

As a result people started questioning whether sprinting might actually be the superior form of running, allowing runners to burn more calories in a shorter period of time. Suddenly long distance running became a dirty word, seen as a waste of time, and an inefficient way to lose weight. But which type of running is actually better? In this article we will look into all of the ins and outs and try to ascertain which type of running you should actually perform.

There may be a few of you reading this and wondering what the difference between sprinting and running is? Surely they’re the same? Well yes and no, you’re still moving by putting one foot in front of the other, but other than that they are very different. Sprinters will have a much shorter stride length (how far apart their feet are between steps), the amount of time that the foot is in contact with the floor also changes – shortening the faster you travel.

A lot of your movements are exaggerated when sprinting, your arms pump forward and backwards and help contribute to your momentum, sprinting is also the only time when it’s okay to lean forward slightly (long distance running requires you to be upright as if you are trying to balance a book on your head).

There is a belief that training at higher intensities leads to more calories being burned, and in a way this is true. If you ran at a reasonable pace for one hour you would burn between 500 and 600 calories. But if you sprinted for just two and a half minutes you would burn 200 calories! [1] Think about that, there are maybe 24 2.5 minute sprints in an hour meaning you could burn 4,800 calories in just one hour of sprinting! 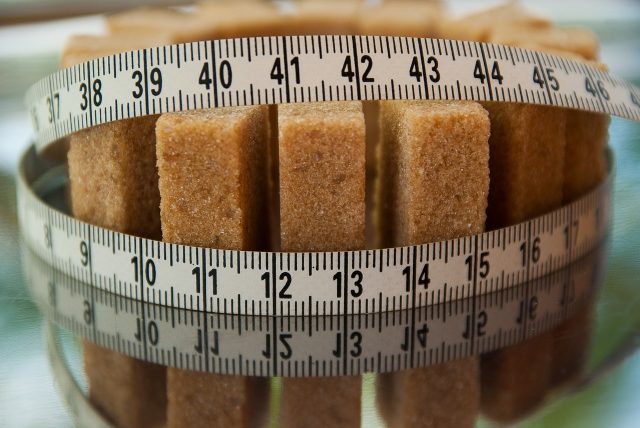 Yeah but of course that would be impossible, those sprints would involve maximum effort for 30 seconds repeated five times. You would also require a warm-up and cool down. If you have ever attempted to sprint as fast as possible, you’ll understand that 5 sets of 30 seconds would take at least an hour to do.

So while the sprinting is technically more of a calorie burner, it doesn’t really burn as many calories per hour. In fact it burns between 300 and 400 calories less. A lot of people claim that the reason that sprinting and HIIT are so effective is that the amount of calories that are burned after a workout (known as EPOC) make it more calorie burning.

But the study that found sprinting for two and a half minutes burned 200 calories had taken that into account. In the study people were put in a chamber that measured their calories burned (through analysing their breathing) throughout the day. They then sprinted (or didn’t) and the comparison found that the sprinters burned just 200 calories more, this included the post-exercise calories burned. So for shear calorie burning potential long distance running beats sprinting (so long as you’re fit enough to run for an hour).

Both long distance running and sprinting have pretty high injury rates compared to other, safer sports such as weightlifting (yes really [2]). Of the two, sprinting leads to more injuries mostly because it is an easier exercise to perform badly. Most people don’t know how to run, they think it’s just something that everyone can do. But they’re wrong, you need to learn how to run properly or you’re going to get injured. 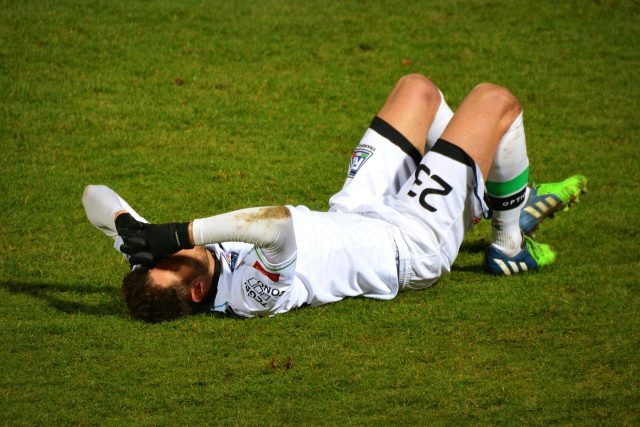 Which is better for you?

Would you rather have bigger muscles, stronger bones, and a more athletic looking body? Or would you prefer a healthier heart, less cholesterol, and a better ability to metabolise glucose? Or, and here’s a controversial option – would you prefer all of it?

Because there is absolutely nothing stopping you from sprinting one session a week and running longer distances on another. Or doing 3 sessions of each with a day’s rest. People get so hung up on trying to compare training methods to see which is better, that they forget that they can just do both, or do neither and start lifting weights instead!

Whether you should focus on sprinting, long distance running, or a combination of the two really comes down to what it is that you want to achieve. If you are training for a sport then pick the one with the most carryover. Marathon racing won’t benefit from too much sprint training (though some could still be useful), and 100m sprinting wouldn’t benefit much from long 15km runs three times a week. 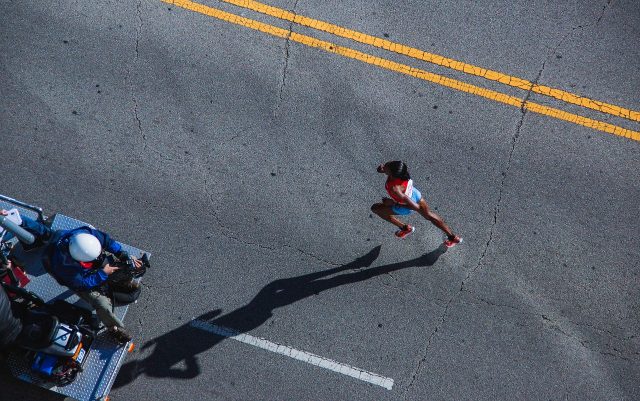 However a sport like boxing would definitely benefit from a combination of the two, as would soccer, or tennis, or hockey. If you are looking to lose weight then both types or running would be beneficial.

One caveat to all of this is that sprinting is not something that you can just jump into, you need to learn how to do it properly. So if you are completely new to exercise, then long distance running should be your introduction. Once you have been doing this for a few weeks you can start to add HIIT or pure sprinting into your routine.

What Are The Real Benefits of Sprinting?

Sprinting or Jogging? Is This Really a Debate?

How To Sprint Faster And Why Sprinting Is Important